A guide to uninstall NVIDIA Stereoscopic 3D Driver from your PC


7. Press the Uninstall button. A confirmation page will show up. accept the uninstall by pressing Uninstall. Advanced Uninstaller PRO will then remove NVIDIA Stereoscopic 3D Driver. 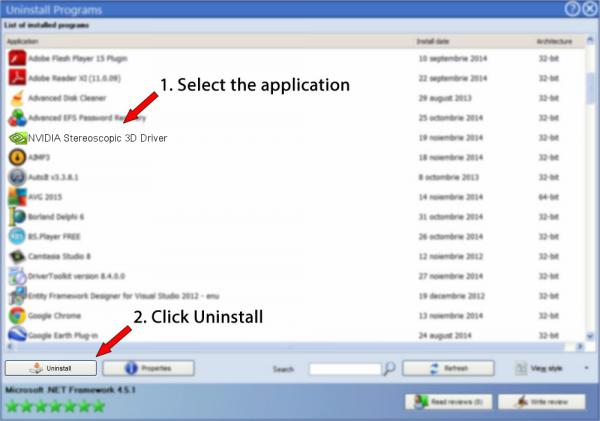