Docker for Windows is a program by the software company Docker Inc.. Sometimes, computer users want to erase it. Sometimes this is troublesome because removing this by hand takes some skill regarding Windows internal functioning. One of the best QUICK procedure to erase Docker for Windows is to use Advanced Uninstaller PRO. Take the following steps on how to do this:


7. Press the Uninstall button. A window asking you to confirm will show up. accept the removal by pressing Uninstall. Advanced Uninstaller PRO will automatically uninstall Docker for Windows. 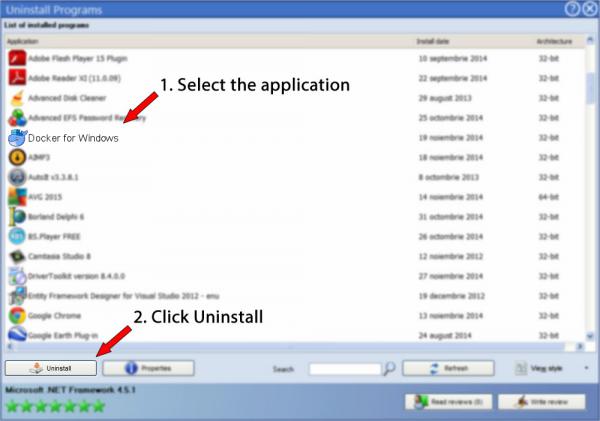