How to uninstall World of Warcraft from your PC

World of Warcraft is an application by Blizzard Entertainment. Frequently, people try to remove it. Sometimes this is easier said than done because removing this manually requires some skill regarding PCs. One of the best EASY action to remove World of Warcraft is to use Advanced Uninstaller PRO. Here are some detailed instructions about how to do this:

7. Press the Uninstall button. A window asking you to confirm will come up. accept the uninstall by clicking Uninstall. Advanced Uninstaller PRO will automatically remove World of Warcraft. 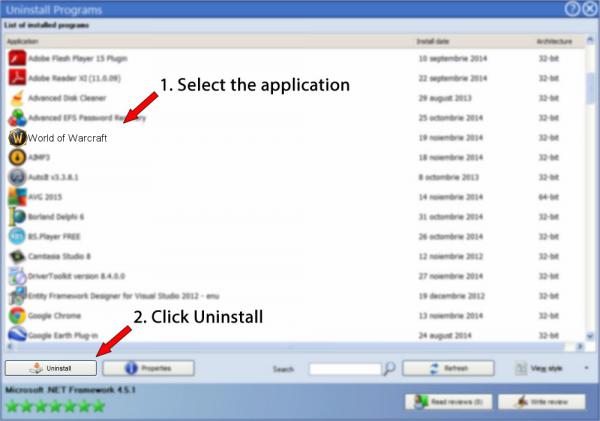