A way to uninstall Disco Elysium from your system

The following executable files are incorporated in Disco Elysium. They take 2.95 MB (3088400 bytes) on disk.

Disco Elysium is a program offered by GOG.com. Sometimes, computer users choose to erase it. This can be efortful because doing this manually takes some knowledge regarding Windows program uninstallation. One of the best SIMPLE procedure to erase Disco Elysium is to use Advanced Uninstaller PRO. Here are some detailed instructions about how to do this:

6. Navigate the list of programs until you find Disco Elysium or simply activate the Search feature and type in "Disco Elysium". If it is installed on your PC the Disco Elysium app will be found very quickly. Notice that after you click Disco Elysium in the list of apps, some information about the program is available to you:


For instance you can see that for Disco Elysium: 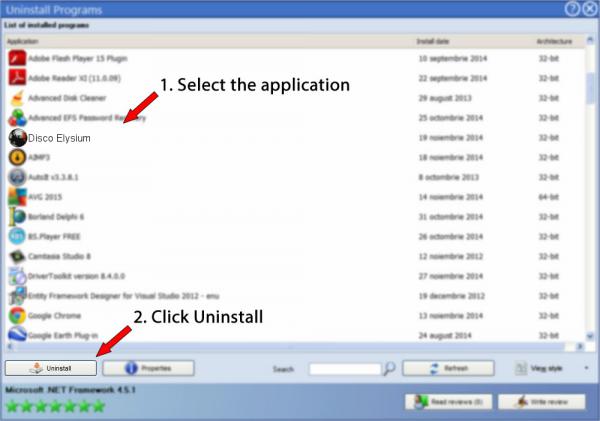