How to uninstall Ad-Aware Antivirus from your system

The following executables are installed beside Ad-Aware Antivirus. They occupy about 4.02 MB (4220104 bytes) on disk.

Ad-Aware Antivirus is a program marketed by the software company Lavasoft. Some users decide to remove it. Sometimes this can be efortful because deleting this by hand requires some advanced knowledge related to removing Windows programs manually. One of the best SIMPLE procedure to remove Ad-Aware Antivirus is to use Advanced Uninstaller PRO. Here is how to do this:


For instance you can see that for Ad-Aware Antivirus: 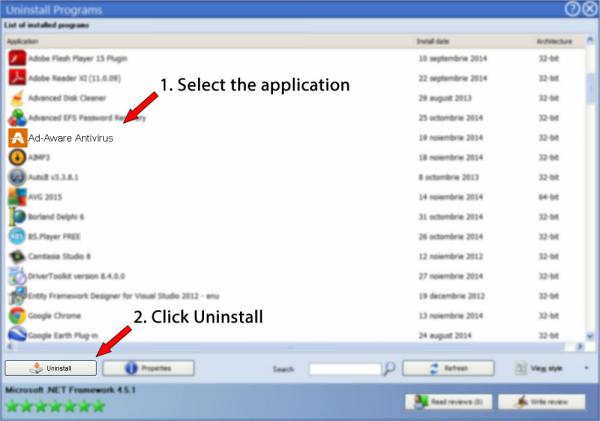