How to uninstall Mac Blu-ray Player from your computer

Mac Blu-ray Player installs the following the executables on your PC, occupying about 36.91 MB (38707057 bytes) on disk.

Mac Blu-ray Player is a program released by the software company MacGo. Some people try to remove this application. This can be easier said than done because doing this manually requires some skill regarding Windows internal functioning. One of the best EASY practice to remove Mac Blu-ray Player is to use Advanced Uninstaller PRO. Here are some detailed instructions about how to do this: 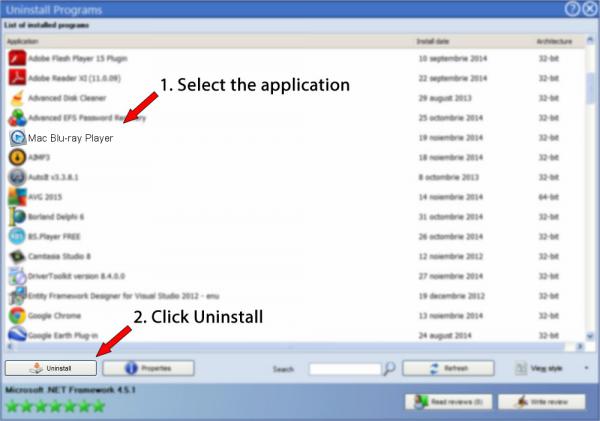