A guide to uninstall Chuzzle Deluxe from your computer

Chuzzle Deluxe installs the following the executables on your PC, occupying about 2.44 MB (2562949 bytes) on disk.

Chuzzle Deluxe is a program by the software company WildTangent. Some computer users choose to remove this program. Sometimes this can be easier said than done because deleting this by hand requires some know-how related to removing Windows applications by hand. The best QUICK action to remove Chuzzle Deluxe is to use Advanced Uninstaller PRO. Take the following steps on how to do this:


For example you can see that for Chuzzle Deluxe:

7. Click the Uninstall button. A window asking you to confirm will appear. Confirm the removal by clicking Uninstall. Advanced Uninstaller PRO will then remove Chuzzle Deluxe. 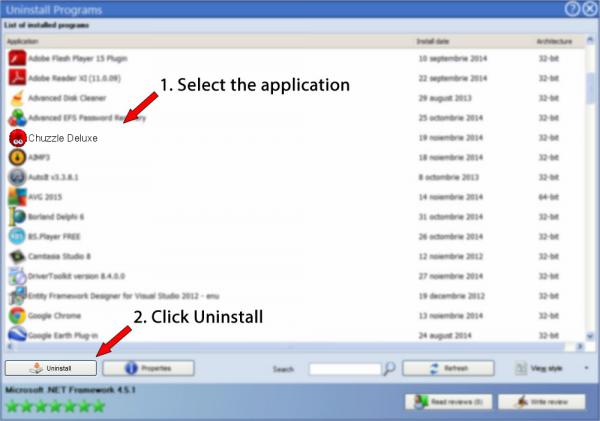