How to uninstall Samsung CLP-360 Series from your system

Samsung CLP-360 Series is a program marketed by the software company Samsung Electronics Co., Ltd.. Some people decide to erase it. Sometimes this can be easier said than done because performing this by hand takes some experience related to removing Windows applications by hand. One of the best QUICK solution to erase Samsung CLP-360 Series is to use Advanced Uninstaller PRO. Take the following steps on how to do this:


7. Press the Uninstall button. A window asking you to confirm will come up. Confirm the uninstall by pressing Uninstall. Advanced Uninstaller PRO will then uninstall Samsung CLP-360 Series. 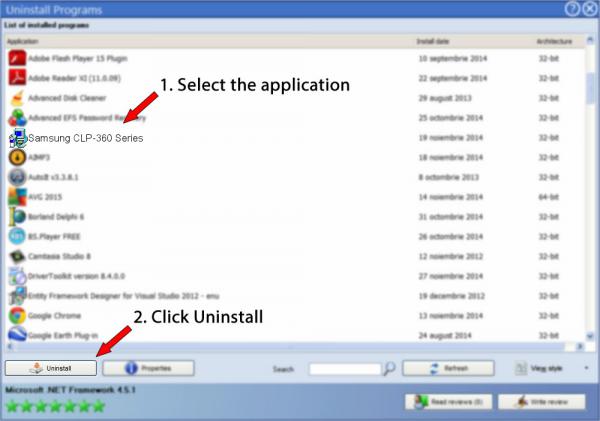