A guide to uninstall Flying Deals from your computer

Flying Deals installs the following the executables on your PC, taking about 2.25 MB (2359792 bytes) on disk.

The information on this page is only about version 2015.06.20.132854 of Flying Deals. You can find below a few links to other Flying Deals versions:

Flying Deals is an application offered by the software company Flying Deals. Some computer users decide to remove this application. This can be hard because uninstalling this manually requires some know-how related to Windows program uninstallation. The best EASY manner to remove Flying Deals is to use Advanced Uninstaller PRO. Here are some detailed instructions about how to do this: 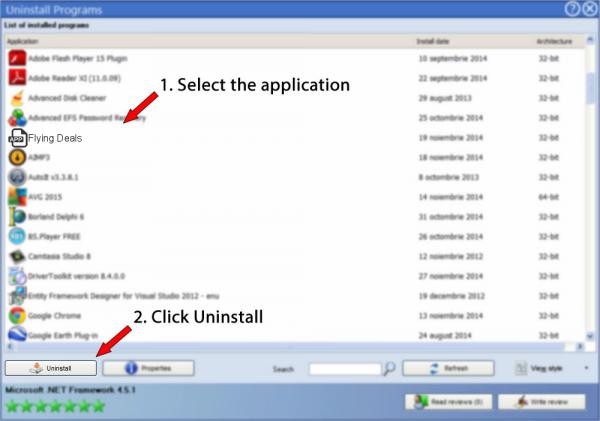