A way to uninstall ActiveProtect 2016 from your system

This page is about ActiveProtect 2016 for Windows. Below you can find details on how to remove it from your computer. The Windows version was developed by Abelssoft. You can find out more on Abelssoft or check for application updates here. The application is often found in the C:\Program Files (x86)\ActiveProtect folder (same installation drive as Windows). C:\Program Files (x86)\ActiveProtect\unins000.exe is the full command line if you want to remove ActiveProtect 2016. The application's main executable file occupies 17.02 KB (17432 bytes) on disk and is named AbLauncher.exe.


7. Click the Uninstall button. A confirmation page will show up. Confirm the removal by pressing Uninstall. Advanced Uninstaller PRO will uninstall ActiveProtect 2016. 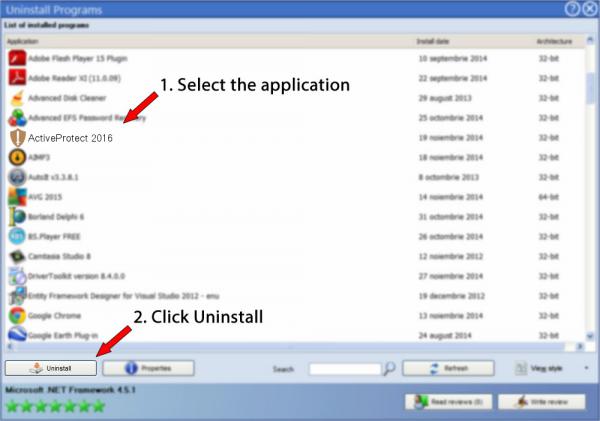