A guide to uninstall Plogue chipsounds from your system

Plogue chipsounds installs the following the executables on your PC, occupying about 2.47 MB (2588713 bytes) on disk.

Plogue chipsounds is an application offered by the software company Plogue. Some computer users decide to erase this program. This is troublesome because doing this by hand requires some experience regarding Windows program uninstallation. The best EASY way to erase Plogue chipsounds is to use Advanced Uninstaller PRO. Here are some detailed instructions about how to do this: 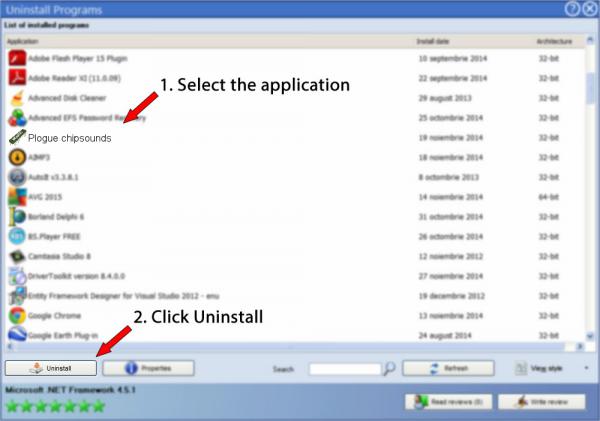