A way to uninstall FlashFXP v4.0 from your computer

How to remove FlashFXP v4.0 from your computer with Advanced Uninstaller PRO

FlashFXP v4.0 is an application released by OpenSight Software, LLC. Sometimes, people decide to erase it. Sometimes this is difficult because doing this manually requires some advanced knowledge related to Windows program uninstallation. The best EASY approach to erase FlashFXP v4.0 is to use Advanced Uninstaller PRO. Take the following steps on how to do this:


For instance you can see that for FlashFXP v4.0: 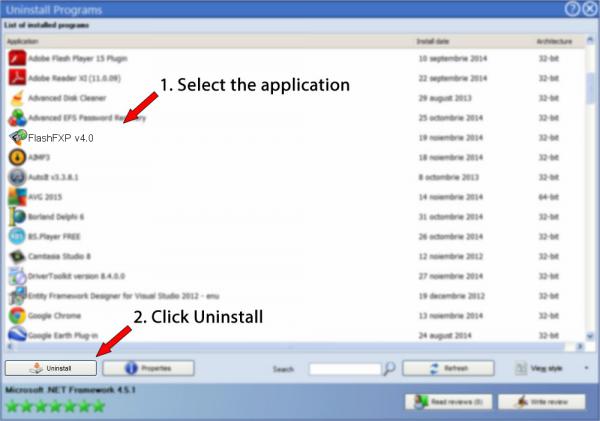