A way to uninstall Conexant SmartAudio from your computer

The executable files below are installed beside Conexant SmartAudio. They occupy about 6.81 MB (7141512 bytes) on disk.

Conexant SmartAudio is a program marketed by the software company Conexant Systems. Sometimes, users choose to erase this application. This can be difficult because doing this manually takes some advanced knowledge regarding Windows program uninstallation. The best EASY approach to erase Conexant SmartAudio is to use Advanced Uninstaller PRO. Here are some detailed instructions about how to do this: 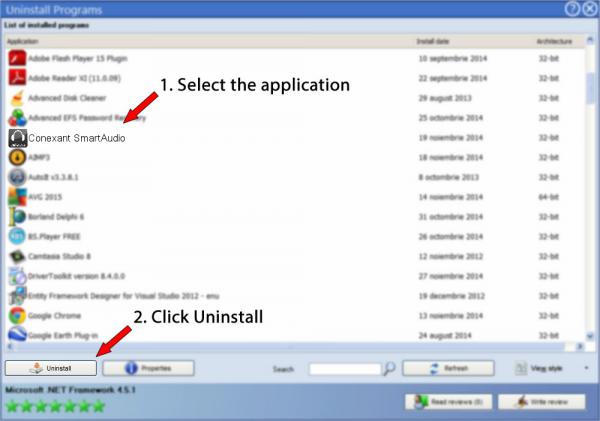