360 Total Security is a program released by 360 Güvenlik Merkezi. Some computer users want to remove this application. Sometimes this can be hard because removing this manually takes some knowledge related to removing Windows programs manually. The best SIMPLE approach to remove 360 Total Security is to use Advanced Uninstaller PRO. Here is how to do this: 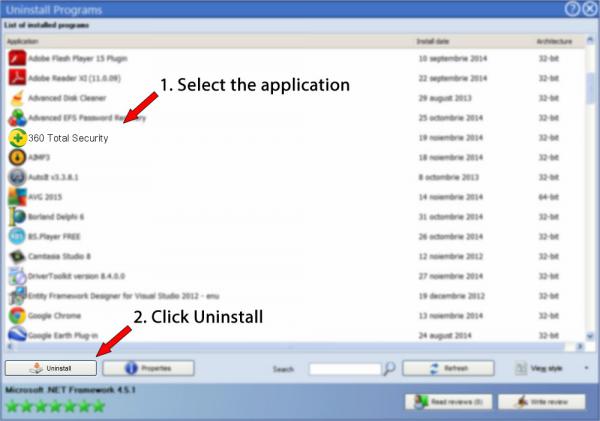