A guide to uninstall Nexus Mod Manager from your computer

Nexus Mod Manager is an application offered by the software company Black Tree Gaming. Frequently, people try to remove it. Sometimes this is easier said than done because deleting this manually requires some advanced knowledge regarding removing Windows programs manually. The best EASY way to remove Nexus Mod Manager is to use Advanced Uninstaller PRO. Take the following steps on how to do this: 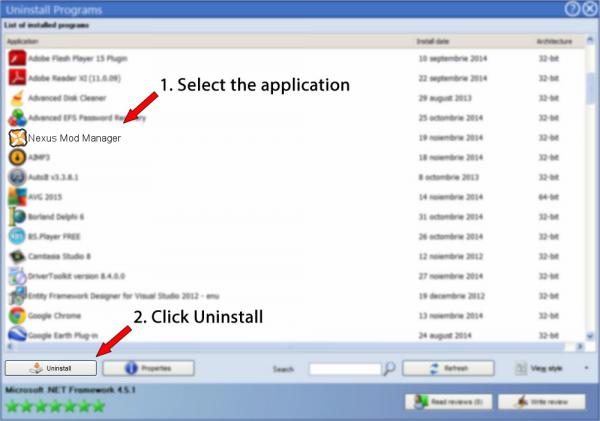