A guide to uninstall NANO Antivirus beta from your PC

NANO Antivirus beta is a program by the software company Nano Security Ltd. Frequently, people decide to remove this program. Sometimes this can be hard because doing this by hand requires some advanced knowledge related to PCs. The best QUICK way to remove NANO Antivirus beta is to use Advanced Uninstaller PRO. Here is how to do this:


For example you can see that for NANO Antivirus beta: 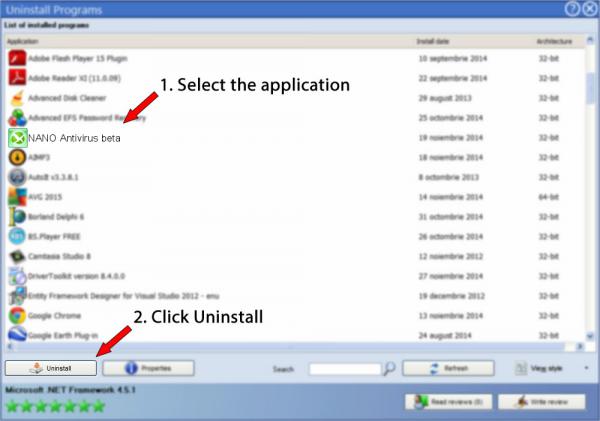