How to uninstall Docker Desktop from your system

The executable files below are installed beside Docker Desktop. They occupy about 1.36 GB (1464602808 bytes) on disk.

The information on this page is only about version 2.1.5.0 of Docker Desktop. You can find here a few links to other Docker Desktop releases:

Docker Desktop is an application released by Docker Inc.. Sometimes, computer users want to remove this application. Sometimes this can be easier said than done because doing this manually takes some advanced knowledge regarding Windows internal functioning. One of the best EASY way to remove Docker Desktop is to use Advanced Uninstaller PRO. Take the following steps on how to do this: 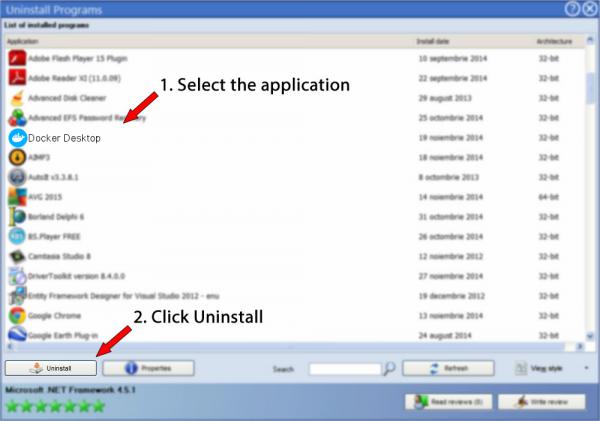