How to uninstall ACCU-CHEK(R) 360 from your PC

This web page is about ACCU-CHEK(R) 360 for Windows. Below you can find details on how to uninstall it from your computer. It is produced by Roche. Open here where you can get more info on Roche. ACCU-CHEK(R) 360 is frequently installed in the C:\Program Files (x86)\Roche Diagnostics directory, regulated by the user's choice. The application's main executable file has a size of 1.14 MB (1200128 bytes) on disk and is titled AC360DeviceConfiguration.exe.


7. Press the Uninstall button. A window asking you to confirm will appear. Confirm the removal by pressing Uninstall. Advanced Uninstaller PRO will automatically remove ACCU-CHEK(R) 360. 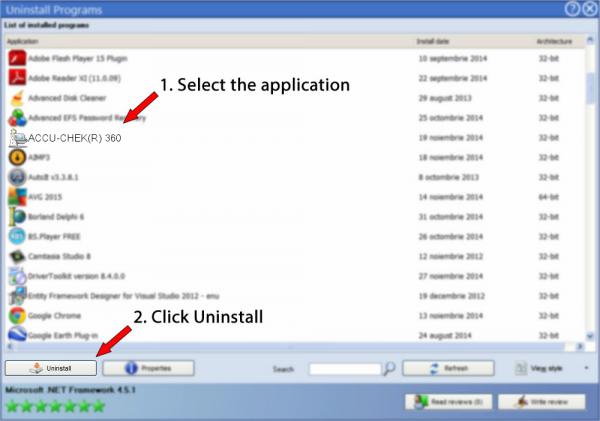