liteCam HD+Android is an application offered by RSUPPORT. Frequently, computer users try to uninstall this application. Sometimes this can be efortful because doing this manually requires some know-how related to removing Windows programs manually. One of the best QUICK procedure to uninstall liteCam HD+Android is to use Advanced Uninstaller PRO. Here is how to do this: 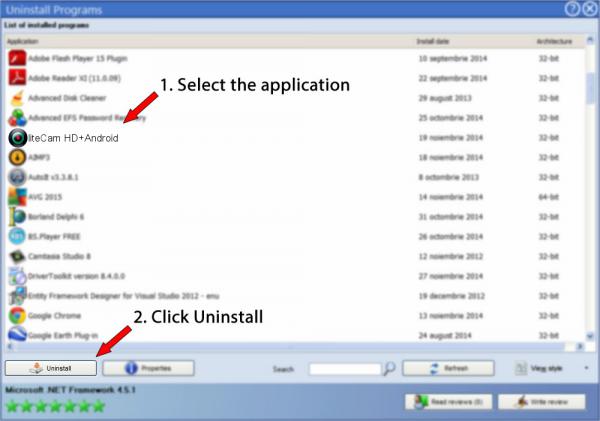