A way to uninstall eDrawings 2015 SE from your computer

eDrawings 2015 SE is an application marketed by Dassault Systemes SolidWorks Corp. Sometimes, users want to erase this program. Sometimes this is easier said than done because performing this by hand takes some advanced knowledge related to removing Windows programs manually. The best QUICK action to erase eDrawings 2015 SE is to use Advanced Uninstaller PRO. Here are some detailed instructions about how to do this:


For example you can see that for eDrawings 2015 SE:

7. Click the Uninstall button. A confirmation window will show up. Confirm the uninstall by clicking Uninstall. Advanced Uninstaller PRO will then remove eDrawings 2015 SE. 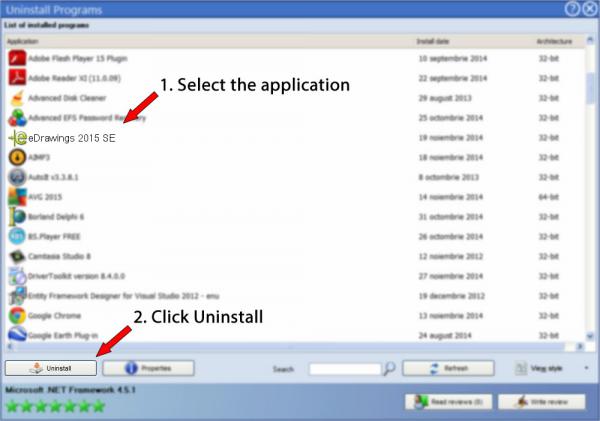