A way to uninstall Zuma's Revenge from your system

Zuma's Revenge installs the following the executables on your PC, occupying about 6.85 MB (7182133 bytes) on disk.

Zuma's Revenge is an application released by LeeGT-Games. Frequently, users choose to remove this application. This is efortful because deleting this manually takes some advanced knowledge regarding PCs. One of the best SIMPLE solution to remove Zuma's Revenge is to use Advanced Uninstaller PRO. Here are some detailed instructions about how to do this:


For example you can see that for Zuma's Revenge:

7. Press the Uninstall button. A window asking you to confirm will appear. Confirm the removal by clicking Uninstall. Advanced Uninstaller PRO will remove Zuma's Revenge. 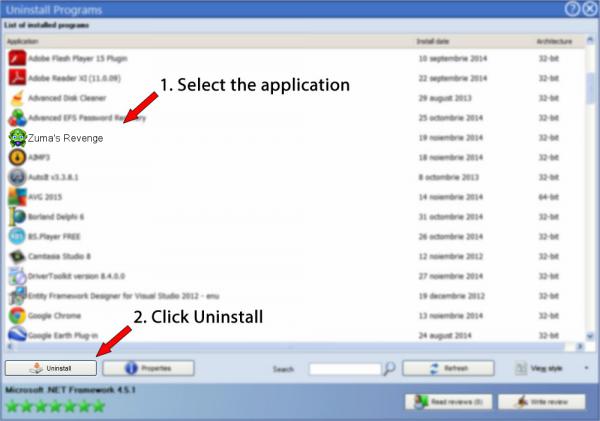