A guide to uninstall Zuma's Revenge Rus from your PC

Zuma's Revenge Rus installs the following the executables on your PC, occupying about 7.13 MB (7475120 bytes) on disk.

Zuma's Revenge Rus is a program marketed by the software company LigeON. Sometimes, people choose to erase this application. Sometimes this can be hard because uninstalling this manually takes some know-how related to Windows program uninstallation. One of the best SIMPLE procedure to erase Zuma's Revenge Rus is to use Advanced Uninstaller PRO. Here is how to do this: 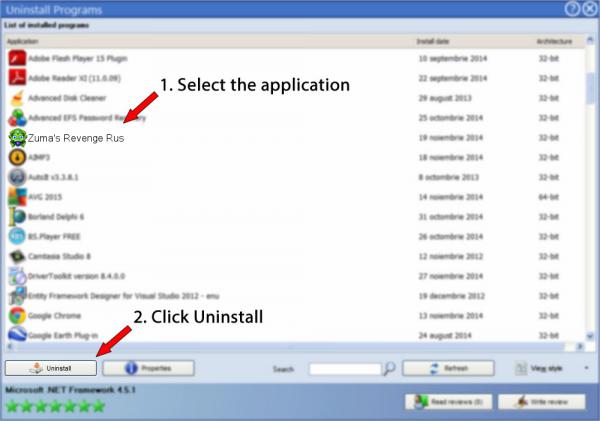