How to uninstall WinBooster 2013 from your system

The following executables are installed alongside WinBooster 2013. They occupy about 1.78 MB (1867480 bytes) on disk.

WinBooster 2013 is a program by the software company Digital Millenium Inc. Sometimes, computer users want to erase it. This can be difficult because uninstalling this by hand requires some knowledge regarding Windows internal functioning. One of the best QUICK action to erase WinBooster 2013 is to use Advanced Uninstaller PRO. Here is how to do this:


For instance you can see that for WinBooster 2013: 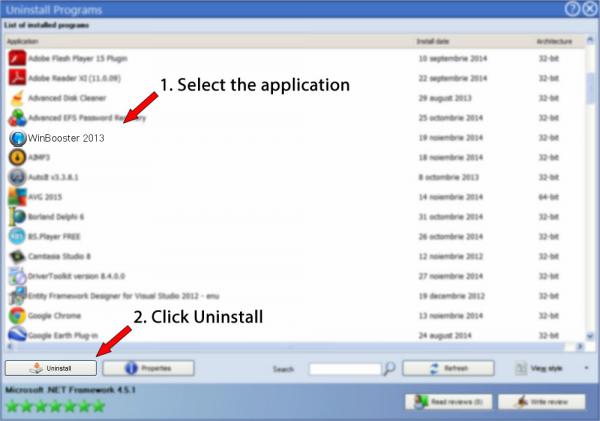