A way to uninstall WillWriter 2010 from your system

WillWriter 2010 is an application by the software company Broderbund. Frequently, computer users decide to erase this application. Sometimes this can be troublesome because uninstalling this by hand requires some advanced knowledge related to Windows internal functioning. The best SIMPLE manner to erase WillWriter 2010 is to use Advanced Uninstaller PRO. Here are some detailed instructions about how to do this:


For instance you can see that for WillWriter 2010:

7. Press the Uninstall button. A window asking you to confirm will appear. accept the removal by clicking Uninstall. Advanced Uninstaller PRO will automatically remove WillWriter 2010. 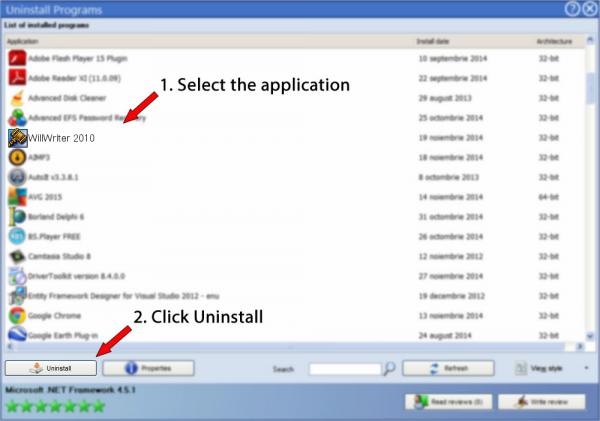