Up in the Air


How to uninstall Up in the Air from your computer

Up in the Air is a program offered by the software company SMU Guildhall. Frequently, users decide to remove this program. This can be difficult because performing this manually requires some know-how related to Windows program uninstallation. One of the best QUICK way to remove Up in the Air is to use Advanced Uninstaller PRO. Here are some detailed instructions about how to do this:


For example you can see that for Up in the Air: 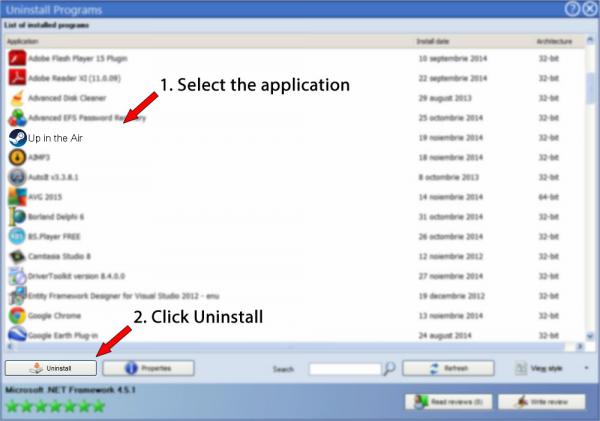