A way to uninstall TurboTax 2014 wohiper from your system

TurboTax 2014 wohiper is a Windows program. Read below about how to uninstall it from your computer. It was coded for Windows by Intuit Inc.. More data about Intuit Inc. can be seen here. The program is often placed in the C:\Program Files\TurboTax\Premier 2014 folder. Take into account that this location can vary being determined by the user's decision. MsiExec.exe /I{B44ED9DA-3712-485F-9613-AB9402F30DBC} is the full command line if you want to remove TurboTax 2014 wohiper. The program's main executable file is named TurboTax.exe and it has a size of 906.45 KB (928200 bytes).


7. Press the Uninstall button. A window asking you to confirm will appear. Confirm the uninstall by pressing Uninstall. Advanced Uninstaller PRO will uninstall TurboTax 2014 wohiper. 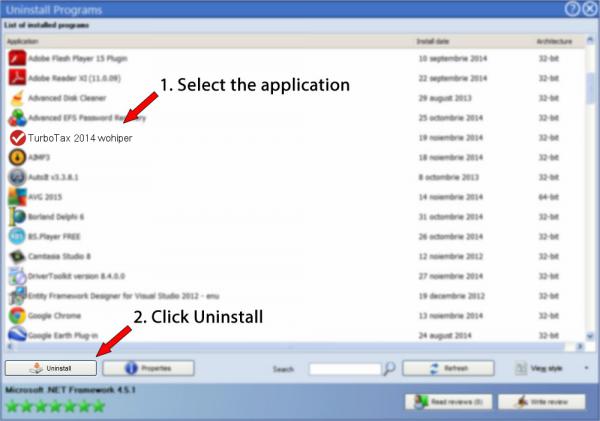