A guide to uninstall TurboTax 2012 wcasbpm from your system

TurboTax 2012 wcasbpm is a program released by the software company Intuit Inc.. Frequently, users try to erase this program. Sometimes this can be efortful because performing this manually takes some know-how related to removing Windows programs manually. One of the best QUICK manner to erase TurboTax 2012 wcasbpm is to use Advanced Uninstaller PRO. Take the following steps on how to do this: 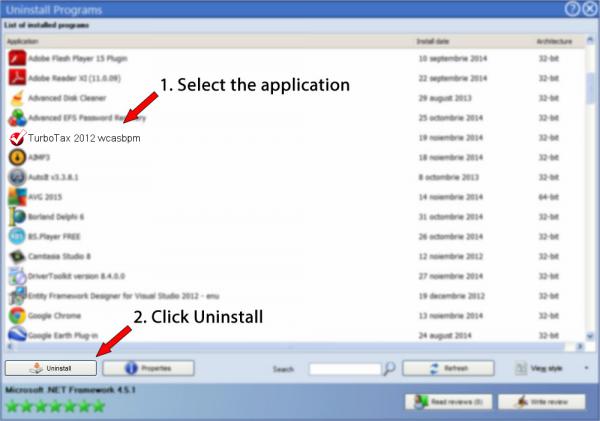