TurboCAD LTE 7 - 64 bit is a program by the software company IMSIDesign. Sometimes, users try to remove it. Sometimes this can be troublesome because doing this by hand takes some knowledge related to Windows program uninstallation. One of the best QUICK approach to remove TurboCAD LTE 7 - 64 bit is to use Advanced Uninstaller PRO. Take the following steps on how to do this: 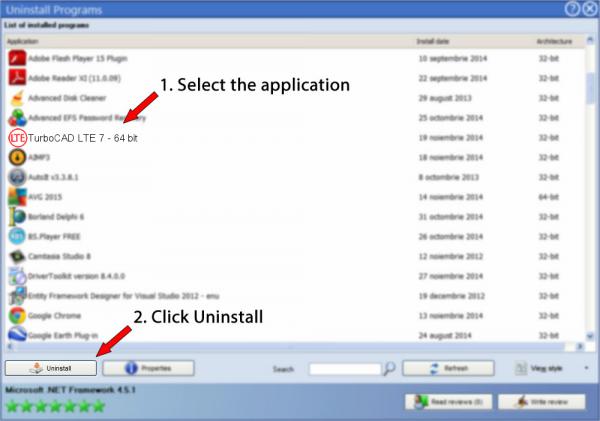