Trainz 2012 build 49922 is an application offered by Auran. Sometimes, people try to remove this program. Sometimes this is easier said than done because uninstalling this by hand requires some know-how related to Windows internal functioning. The best QUICK practice to remove Trainz 2012 build 49922 is to use Advanced Uninstaller PRO. Here are some detailed instructions about how to do this:


7. Click the Uninstall button. A confirmation window will show up. accept the removal by pressing Uninstall. Advanced Uninstaller PRO will then remove Trainz 2012 build 49922. 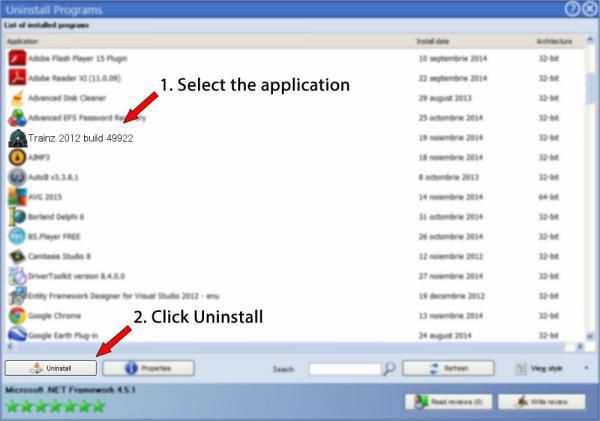