A guide to uninstall Tomb Raider: Chronicles from your PC

The executable files below are installed along with Tomb Raider: Chronicles. They occupy about 1.22 MB (1282096 bytes) on disk.

After the uninstall process, the application leaves leftovers on the PC. Part_A few of these are listed below.

A way to uninstall Tomb Raider: Chronicles from your computer with the help of Advanced Uninstaller PRO 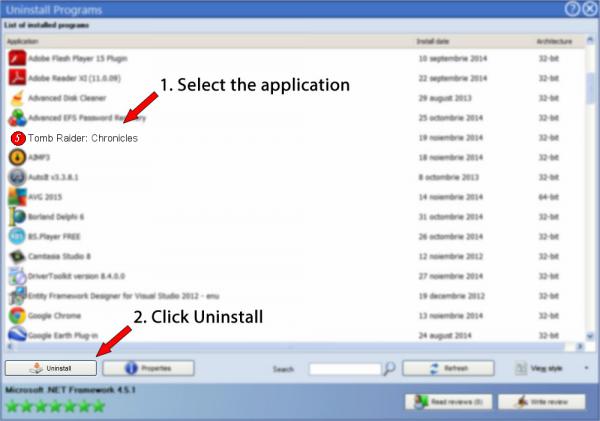