How to uninstall TechPowerUp GPU-Z from your PC

The following executables are installed together with TechPowerUp GPU-Z. They take about 1.79 MB (1873890 bytes) on disk.

If you are manually uninstalling TechPowerUp GPU-Z we advise you to check if the following data is left behind on your PC. 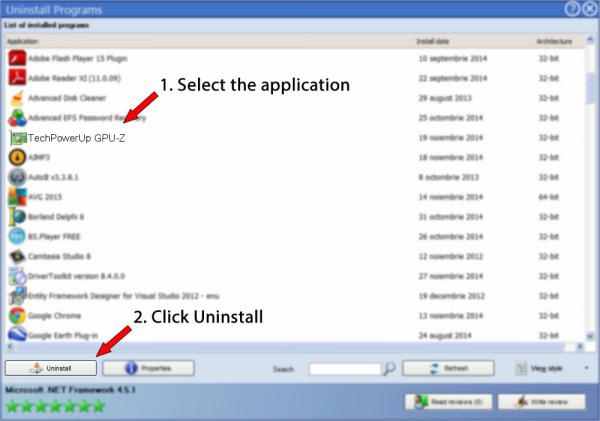