A guide to uninstall TOSHIBA HDD/SSD Alert from your system

The following executable files are incorporated in TOSHIBA HDD/SSD Alert. They occupy 2.82 MB (2957824 bytes) on disk.

How to delete TOSHIBA HDD/SSD Alert with Advanced Uninstaller PRO 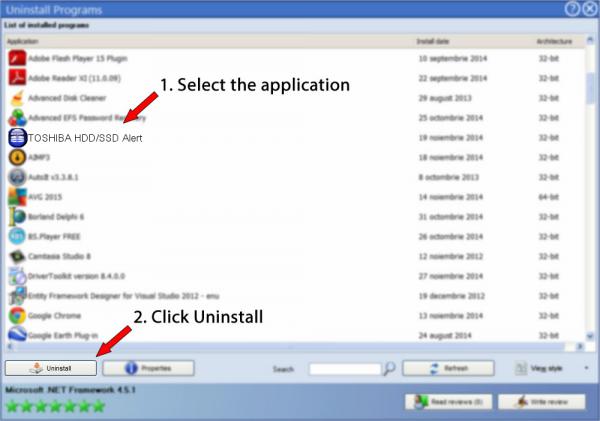