How to uninstall TOSHIBA ConfigFree from your system

TOSHIBA ConfigFree installs the following the executables on your PC, taking about 4.65 MB (4877600 bytes) on disk.

How to erase TOSHIBA ConfigFree with Advanced Uninstaller PRO


For example you can see that for TOSHIBA ConfigFree: 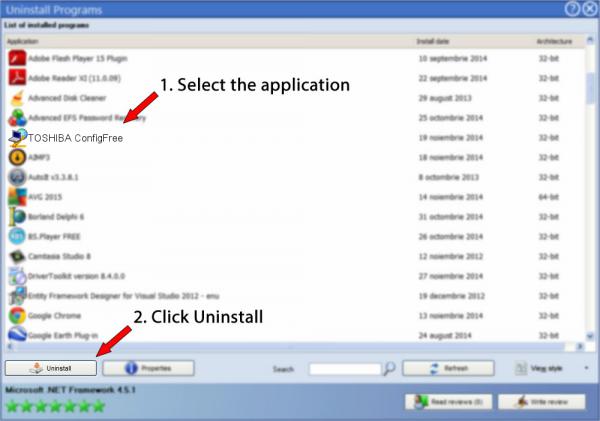