A guide to uninstall System Update from your system

You can find below details on how to remove System Update for Windows. The Windows version was developed by Lenovo. Additional info about Lenovo can be seen here. Click on http://www.lenovo.com to get more data about System Update on Lenovo's website. Usually the System Update application is placed in the C:\Program Files (x86)\Lenovo\System Update directory, depending on the user's option during install. System Update's complete uninstall command line is MsiExec.exe /X{25C64847-B900-48AD-A164-1B4F9B774650}. tvsu.exe is the System Update's main executable file and it takes close to 645.30 KB (660792 bytes) on disk.

System Update is composed of the following executables which take 2.86 MB (2998336 bytes) on disk:

The information on this page is only about version 4.00.0044 of System Update. Click on the links below for other System Update versions:

System Update is an application by Lenovo. Sometimes, computer users try to uninstall this program. This can be hard because performing this manually takes some knowledge related to Windows program uninstallation. One of the best EASY way to uninstall System Update is to use Advanced Uninstaller PRO. Here are some detailed instructions about how to do this:


For example you can see that for System Update:

7. Press the Uninstall button. A confirmation window will appear. Confirm the uninstall by pressing Uninstall. Advanced Uninstaller PRO will then remove System Update. 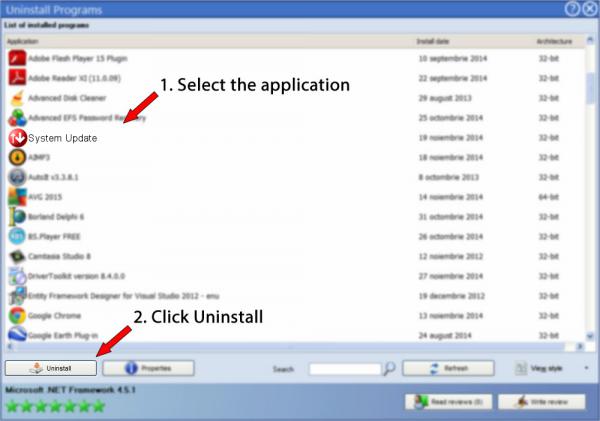