How to uninstall Synaptics WBF DDK from your computer

The executable files below are installed together with Synaptics WBF DDK. They occupy about 12.60 MB (13214344 bytes) on disk.

Synaptics WBF DDK is an application released by Synaptics. Frequently, people want to erase this program. This is hard because deleting this by hand requires some know-how regarding removing Windows programs manually. The best SIMPLE action to erase Synaptics WBF DDK is to use Advanced Uninstaller PRO. Here is how to do this:


For instance you can see that for Synaptics WBF DDK: 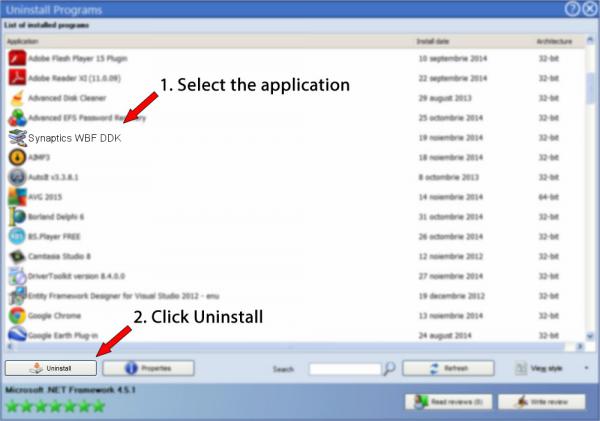