How to uninstall Spoiler Alert from your computer

You can find below details on how to uninstall Spoiler Alert for Windows. It was developed for Windows by MEGAFUZZ. Take a look here for more information on MEGAFUZZ. You can read more about about Spoiler Alert at http://tinybuild.com/spoiler-alert. Spoiler Alert is frequently set up in the C:\SteamLibrary\steamapps\common\Spoiler Alert folder, subject to the user's choice. The full command line for removing Spoiler Alert is C:\Program Files (x86)\Steam\steam.exe. Note that if you will type this command in Start / Run Note you might get a notification for administrator rights. Steam.exe is the Spoiler Alert's main executable file and it takes approximately 2.73 MB (2858272 bytes) on disk.


For example you can see that for Spoiler Alert: 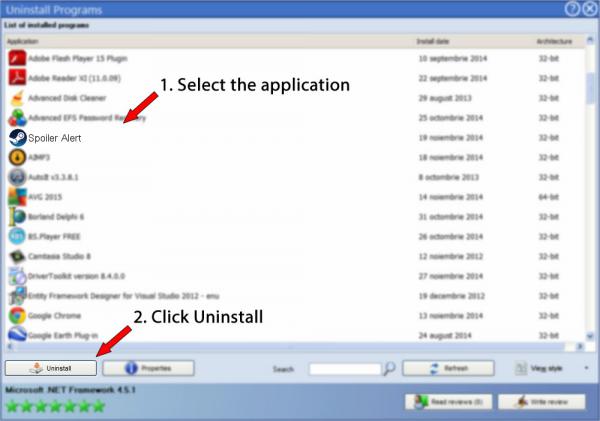