A way to uninstall Smite Texture DLC from your PC

Smite Texture DLC is a Windows program. Read more about how to uninstall it from your computer. It was coded for Windows by Hi-Rez Studios. Further information on Hi-Rez Studios can be found here. Usually the Smite Texture DLC application is installed in the C:\Program Files (x86)\Hi-Rez Studios\HiRezGames/smite folder, depending on the user's option during setup. You can remove Smite Texture DLC by clicking on the Start menu of Windows and pasting the command line C:\program files (x86)\hi-rez studios\HiRezGamesDiagAndSupport.exe. Keep in mind that you might get a notification for admin rights. DLC.exe is the programs's main file and it takes about 16.00 KB (16384 bytes) on disk.


7. Click the Uninstall button. A confirmation page will show up. accept the uninstall by clicking Uninstall. Advanced Uninstaller PRO will then uninstall Smite Texture DLC. 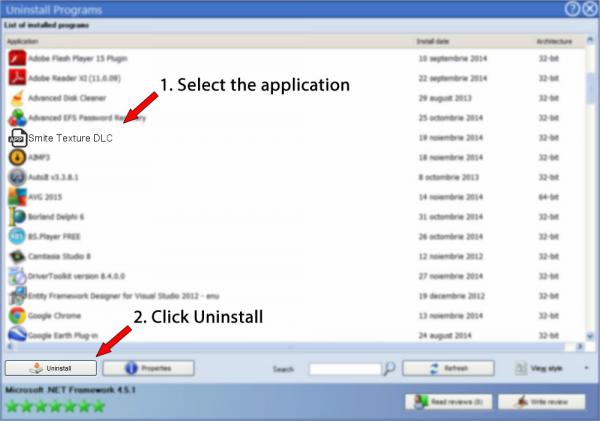