How to uninstall Roly-Poly Cannon from your computer

Roly-Poly Cannon is a program marketed by ePlaybus.com. Frequently, people choose to erase it. Sometimes this can be easier said than done because deleting this manually requires some knowledge regarding removing Windows applications by hand. One of the best QUICK action to erase Roly-Poly Cannon is to use Advanced Uninstaller PRO. Here are some detailed instructions about how to do this:


For example you can see that for Roly-Poly Cannon: 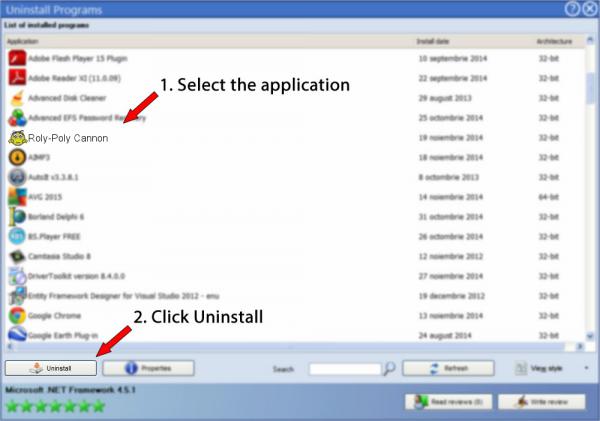