Rhino 6 6.4.18130.19341 is an application released by the software company Robert McNeel & Associates. Sometimes, computer users want to uninstall this program. Sometimes this can be efortful because doing this by hand takes some knowledge regarding Windows program uninstallation. The best QUICK approach to uninstall Rhino 6 6.4.18130.19341 is to use Advanced Uninstaller PRO. Here are some detailed instructions about how to do this: 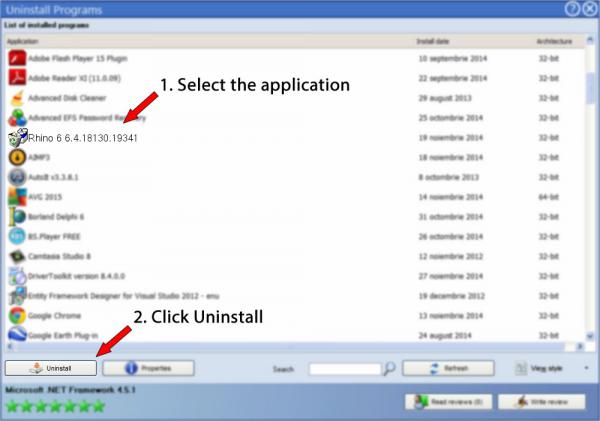