A guide to uninstall RenderThrottle from your PC

The following executable files are incorporated in RenderThrottle. They take 32.18 MB (33746766 bytes) on disk.

RenderThrottle is an application by the software company Daz 3D. Some computer users want to remove this program. Sometimes this is easier said than done because removing this by hand requires some knowledge related to removing Windows applications by hand. The best SIMPLE approach to remove RenderThrottle is to use Advanced Uninstaller PRO. Here are some detailed instructions about how to do this:


7. Click the Uninstall button. A confirmation page will appear. accept the removal by pressing Uninstall. Advanced Uninstaller PRO will then remove RenderThrottle. 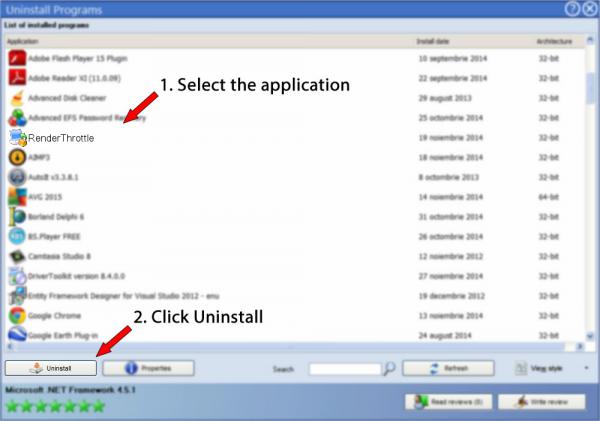