Qxw version 20140331 is a program offered by the software company Quinapalus. Some users want to remove this program. Sometimes this can be easier said than done because performing this manually takes some skill regarding PCs. The best QUICK solution to remove Qxw version 20140331 is to use Advanced Uninstaller PRO. Here are some detailed instructions about how to do this: 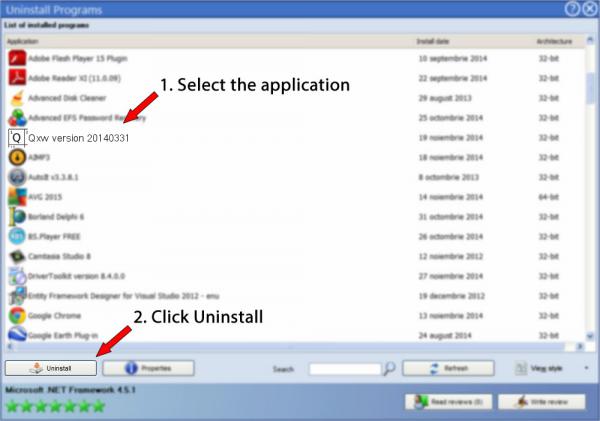