Frequently, users decide to remove it. Sometimes this can be difficult because performing this by hand takes some knowledge related to removing Windows programs manually. One of the best QUICK way to remove QIP 2012 4.0.9373 is to use Advanced Uninstaller PRO. Here are some detailed instructions about how to do this: 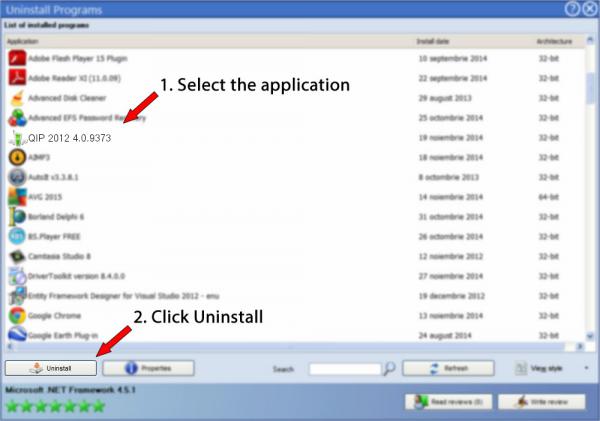