A guide to uninstall Push The Box from your system

The information on this page is only about version 1.0 of Push The Box.

Push The Box is an application released by Foxy Games. Frequently, users try to erase it. Sometimes this is efortful because performing this manually requires some knowledge regarding Windows internal functioning. One of the best EASY way to erase Push The Box is to use Advanced Uninstaller PRO. Here are some detailed instructions about how to do this:


For example you can see that for Push The Box:

7. Press the Uninstall button. A confirmation dialog will come up. Confirm the uninstall by pressing Uninstall. Advanced Uninstaller PRO will automatically remove Push The Box. 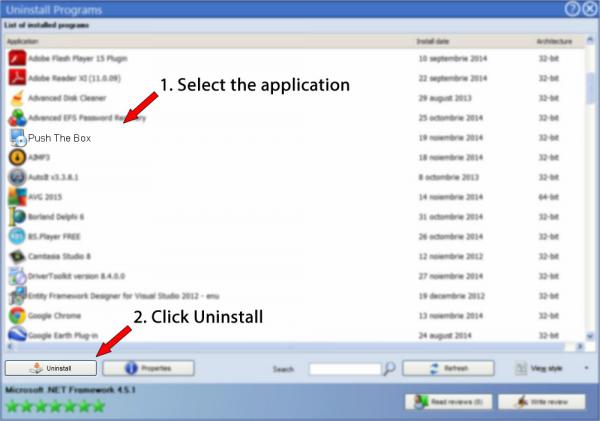