How to uninstall Prey version final from your system 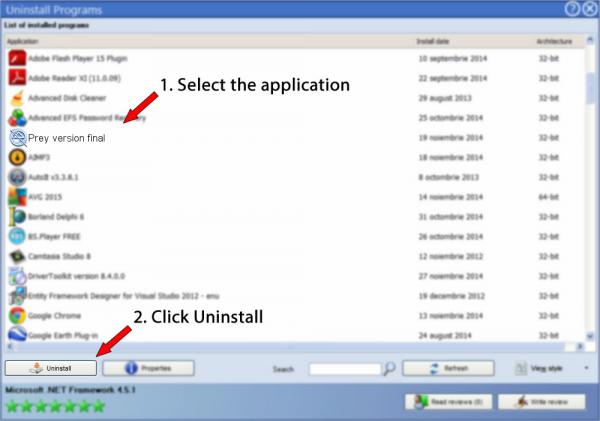