A way to uninstall PotPlayer 1.5.34023 from your PC using Advanced Uninstaller PRO

PotPlayer 1.5.34023 is an application offered by PotPlayer. Sometimes, people decide to uninstall it. Sometimes this can be hard because doing this manually requires some experience regarding removing Windows programs manually. One of the best QUICK approach to uninstall PotPlayer 1.5.34023 is to use Advanced Uninstaller PRO. Here are some detailed instructions about how to do this: 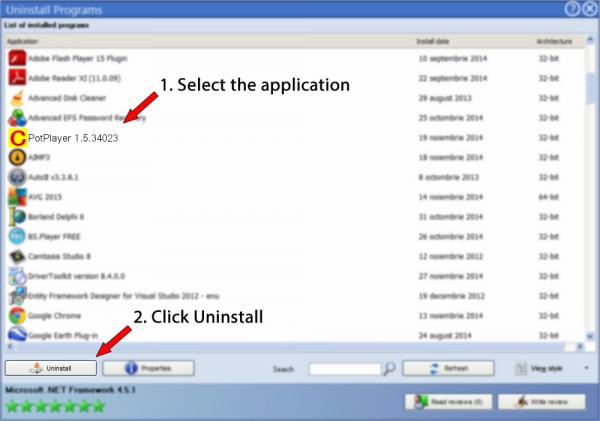