A way to uninstall PokerStars.eu from your PC

...click to view all... Many files, folders and registry data will not be uninstalled when you are trying to remove PokerStars.eu from your PC.

PokerStars.eu is a program released by the software company PokerStars.eu. Frequently, users decide to uninstall it. Sometimes this is efortful because performing this manually takes some knowledge related to removing Windows applications by hand. The best SIMPLE approach to uninstall PokerStars.eu is to use Advanced Uninstaller PRO. Here is how to do this:


7. Press the Uninstall button. A window asking you to confirm will show up. Confirm the removal by pressing Uninstall. Advanced Uninstaller PRO will then remove PokerStars.eu. 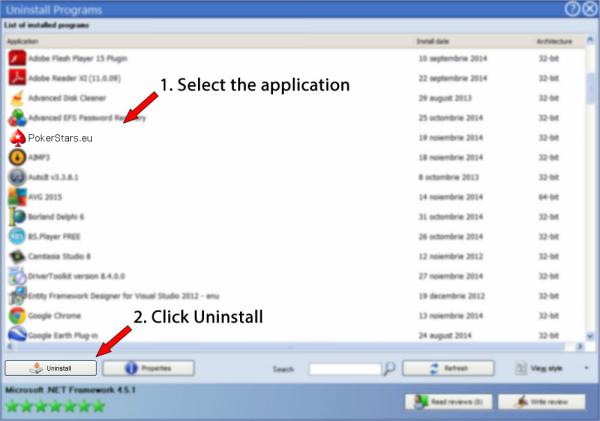