A guide to uninstall Pixelmon Launcher from your computer

Pixelmon Launcher installs the following the executables on your PC, taking about 2.01 MB (2112216 bytes) on disk.

Pixelmon Launcher is an application by Ikara Software Limited. Frequently, people try to remove this program. Sometimes this can be difficult because uninstalling this by hand takes some skill related to removing Windows programs manually. The best EASY action to remove Pixelmon Launcher is to use Advanced Uninstaller PRO. Take the following steps on how to do this: 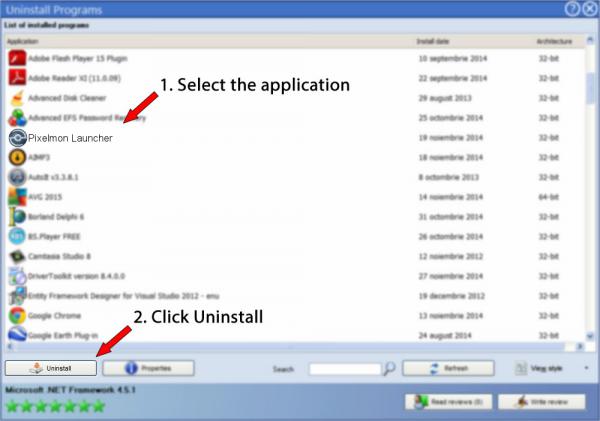