Photo & Graphic Designer 7 Update is an application offered by the software company Xara Group Ltd. Sometimes, users decide to uninstall this program. Sometimes this is easier said than done because removing this manually requires some advanced knowledge related to Windows program uninstallation. The best QUICK way to uninstall Photo & Graphic Designer 7 Update is to use Advanced Uninstaller PRO. Here are some detailed instructions about how to do this: 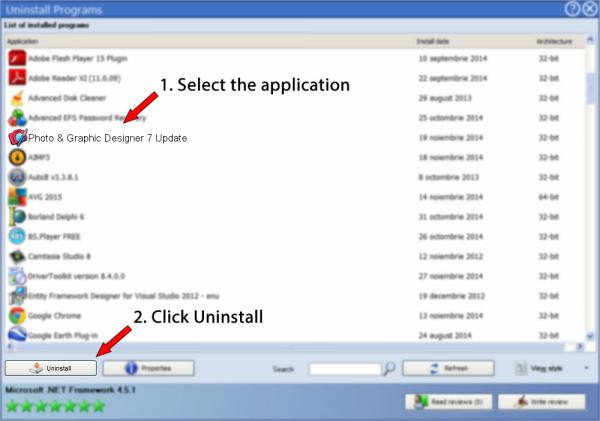