A way to uninstall Pasjans/Solitaire from your system

This info is about Pasjans/Solitaire for Windows. Below you can find details on how to remove it from your computer. It is made by Budnix. Check out here where you can get more info on Budnix. More information about the program Pasjans/Solitaire can be found at http://pasjans-online.pl. The application is frequently located in the C:\Users\UserName\AppData\Roaming\pasjanssolitaire-0c5a9b8e6c2cb4f478c70a0449a3d821 folder (same installation drive as Windows). You can uninstall Pasjans/Solitaire by clicking on the Start menu of Windows and pasting the command line C:\Users\UserName\AppData\Roaming\pasjanssolitaire-0c5a9b8e6c2cb4f478c70a0449a3d821\uninstall\webapp-uninstaller.exe. Keep in mind that you might be prompted for administrator rights. webapp-uninstaller.exe is the Pasjans/Solitaire's main executable file and it occupies around 88.90 KB (91032 bytes) on disk.

Pasjans/Solitaire contains of the executables below. They occupy 88.90 KB (91032 bytes) on disk.


This web page is about Pasjans/Solitaire version 1.4.1.32 alone. After the uninstall process, the application leaves leftovers on the PC. Some of these are listed below.

Pasjans/Solitaire is an application by Budnix. Sometimes, people choose to remove it. Sometimes this can be difficult because uninstalling this by hand takes some advanced knowledge related to Windows program uninstallation. The best EASY manner to remove Pasjans/Solitaire is to use Advanced Uninstaller PRO. Here are some detailed instructions about how to do this:


For instance you can see that for Pasjans/Solitaire:

7. Press the Uninstall button. A window asking you to confirm will come up. Confirm the uninstall by pressing Uninstall. Advanced Uninstaller PRO will automatically uninstall Pasjans/Solitaire. 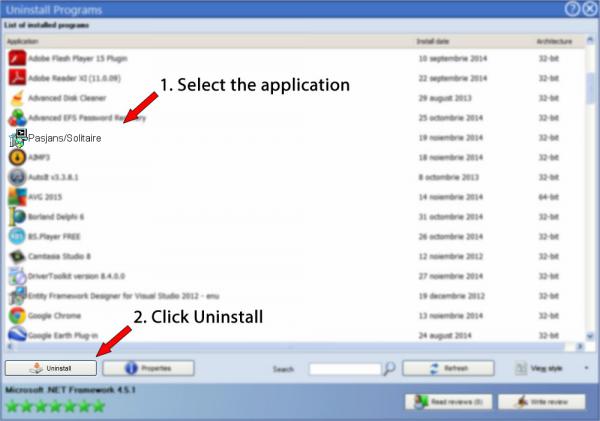