A way to uninstall Papyrus-PlugIn-xfa from your computer

The following executable files are incorporated in Papyrus-PlugIn-xfa. They take 15.79 MB (16555971 bytes) on disk.

Papyrus-PlugIn-xfa is an application released by ePapyrus, Inc.. Sometimes, computer users decide to erase it. This is efortful because deleting this manually takes some know-how regarding Windows program uninstallation. The best QUICK solution to erase Papyrus-PlugIn-xfa is to use Advanced Uninstaller PRO. Take the following steps on how to do this:


For instance you can see that for Papyrus-PlugIn-xfa: 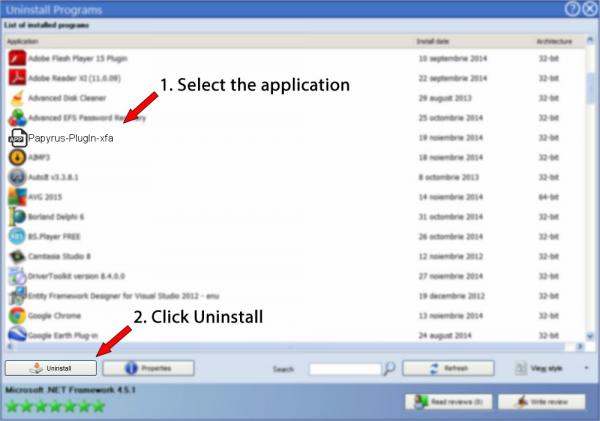